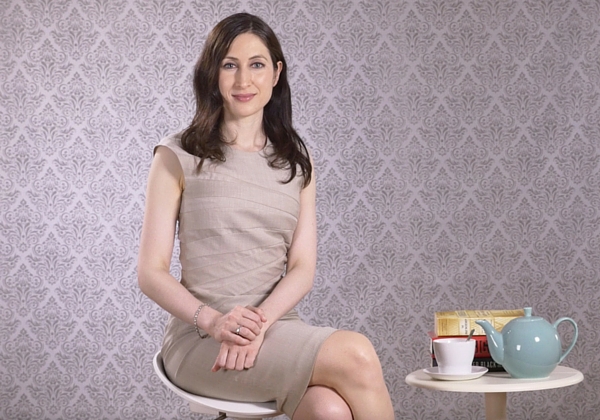 I understand the challenges you face. At age 25 I was an immigrant with poor English, no degree and earning  $500/month as a receptionist: as described in my biography.

On Firmsconsulting TV I want to teach you how I changed my life to become a rapidly-promoted management consultant and banking director, and FC partner in South Africa and Canada. Live the life you deserve to live and are entitled to. If I could do it, you can do it.

SHORTENED TRANSCRIPT OF THIS EPISODE:

Most of us, myself included, don’t have capacity to read all the books we want and should read. So to help the Firmsconsulting community not to miss out on important learnings we come across, we will periodically share insights from important, influential and insightful books.

And to kick off this tradition, we will share with you 3 insights from Google employee Douglas Edwards, which he shared in his book “I am feeling lucky. The confessions of Google Employee number 59“.

Insight number 1 is – Focus on things above the priority line

This comes from the former head of engineering at Google, Urs Holzle. “Good enough is good enough” was his standard message to engineers.

His philosophy was simple. When you have a list that is longer than you can handle – and I am sure you know what that feels like – you have to prioritize. If you give a project a quick improvement that gets you 80% of the way to solving the problem, the issue often drops below the priority line compared to the issue that is not solved at all.

Once a problem is below the priority line, you should focus on something else above the line, even though the earlier problem was not completely solved.

Larry Page also shared this philosophy. When duplicate results started to show up in search, Craig Silverstein, Larry and Sergey’s first hire, wanted to completely restructure the software to eliminate this problem. Yet Larry insisted on a band-aid solution to get rid of the problem temporarily while keeping the same system.

This was an example of taking the issue from above the priority line to below the line, but not completely solving it. And as soon as this issue went below the line, it was not a priority to fix. The attention immediately had to go to the other above the line items.

Craig was convinced this was the wrong move but the band-aid solution actually ended up working for the longest time.

We apply this type of thinking at Firmsconsulting all the time. For example, we get a lot of requests from our community. Yet, we can only focus on items above the priority line and only to the extent those problems remain above the line.

Another key aspect of the “above the priority line” philosophy is about giving yourself a break. We can work only so many hours each day. Prioritize those hours well and once its time to rest, you should rest.

There always will be things that must be done but you cannot focus on them all the time. As long as you know you used your working hours in the most efficient and effective way you could, you should sleep well at night.

You also need time to periodically take a step back and see the big picture. Otherwise you will get lost in the detail.

And don’t fix items below the priority line. You will either hurt yourself because you are adding another hour or two to your workday, which is not sustainable, or you will not give enough attention to something important above the priority line.

Urs recommended adopting a “screw everything you can screw” mindset. Just rest, recharge and dive back into working on items above the line the next day.

Keeping in mind Google’s well-known perks you may be surprised to find out, just like I was, about the company’s focus on frugality, at least during the early days. This frugality came from the love for efficiency.

One funny story from the book comes to mind. When Sergey, his girlfriend and Google employee number 59 flew into Milan airport to open the Italian office, Sergey suggested taking a bus instead of a $100 taxi. The group ultimately settled on taking the train which saved Google 50$. And Google by that point already had millions and millions in venture capital investment.

So this decision was not out of need, but out of principle. Paying more than bare minimum for something is inefficient.

Another great example is how efficiently Google used data centers. Hosting centers charged tenants by square foot. So Google squeezed in as many servers as they could. As a result, the neighboring companies in the data center paid the same amount for hosting 50 servers as Google paid for hosting fifteen hundred.

And the kicker was that power was included in the rent. How is this for squeezing everything out of every dollar to propel your business forward?

When negotiating with suppliers even a price of zero was sometimes not low enough. A recount of Google employee 59 comes to mind when he negotiated 50% off a deal for a project. Sergey’s reply was “They don’t have much experience. Having Google as a client will give them credibility. They should really pay us”.

It is clear how this mindset is helpful when building a business. After all, it is a well-known fact that most businesses fail because they run out of cash. But how is this applicable if you are a corporate employee?

Well, firstly you can bring up this efficiency mindset when you negotiating on behalf of your employer. This can be very beneficial for your career.

And most importantly, this mindset is incredibly helpful when applied to your personal finances. So you can save more. And you should save more because savings will give you options in life.

For example, as a highly driven person you will likely reach a point in life when you will want to start a business of your own. And having large savings, which will be possible with this mindset, will give you sufficient financial bandwidth to get the business off the ground.

In the summer of 1999 Google signed a deal with Netscape to be their fall-through search engine. If Netscape users could not find what they were looking for in the Netscape directory, they could search Google from the directory page. To prepare for this deal to go live Google needed more computing power to deal with the potential traffic. Netscape projected a 1.7 times increase over Google’s usual traffic. So Google tripled its capacity to deal with peak times.

On June 25 when Netscape started directing traffic to Google, Google’s traffic increased 7 fold. The servers could not support such high traffic. When this happened Sergey and a Google engineer went back to the data center to bring online additional machines. They stopped the web crawler so they could use those machines that were supporting the crawler to serve results. But this was still not enough.

Google’s tech reputation was on the line. Netscape was the most important client they had to date so if the launch turned into a disaster, Google’s reputation would suffer significantly. To avoid this Google shut off Google.com. Imagine that. For a couple of hours Google.com was just a static page explaining that Google was down.

In effect, Google was damaging the reputation of Google.com to protect Google’s reputation as a reliable tech partner.

You owe it to yourself and to the world to realize your potential, to do the work you were born to do and live the life you were meant to live. Believe you are entitled to have a career and life you deserve, no matter what.

CHALLENGE OF THE DAY: Now lets make sure this episode of FrimsconsultingTV will help you. For the next week try out at least one of the insights we discussed in this episode. Remember that insight without action is of little help, so give it a try! And if you have any thoughts on this topic, please share in the comments.

Thank you so much for checking out this post and video and let us know if you have questions or topics you would like us to address in future episodes of FirmsconsutlingTV. We will try to address as many of requests from Firmsconsulting community as possible, starting with most common questions and areas of interest.

7 responses to Insights from Google Employee 59