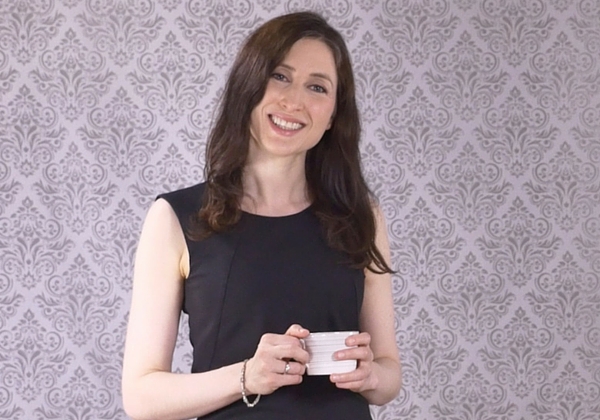 I understand the challenges you face. At age 25 I was an immigrant with poor English, no degree and earning $500/month as a receptionist: as described in my biography. On Firmsconsulting TV I want to teach you how I changed my life to become a rapidly-promoted management consultant, banking director and FC partner in South Africa and Canada. Live the life you deserve to live and are entitled to. If I could do it, you can do it!

SHORTENED TRANSCRIPT OF THIS EPISODE:

Most of us, myself included, don’t have capacity to read all the books we want and should read. So to help the Firmsconsulting community not to miss out on important learnings we come across, we decided to periodically share insights from important, influential and insightful books.

To kick off this tradition, in the last episode we shared 3 insights from the book written by Douglas Edwards, “I am feeling lucky. The confessions of Google Employee number 59“. In this episode we will share the remaining 3 insights we thought were worth sharing.

When Larry Page explained his idea for do-it-yourself ads, employee 59 was in a state of shock. Larry wanted anyone to be able to create ads and post them live, which was risky since some of those ads could be offensive or inappropriate. Employee 59 fought Larry’s idea, unsuccessfully, and ad words formally launched on October 23rd 2000. No PR crises followed and the program turned into a moneymaking machine.

Sometimes in life you have to take big calculated risks. It was a huge risk for me to move alone from Russia to the West. But I knew that the risk was worth it and that I could always pivot if required. With just a $1,000 of savings at hand, the margin for error was razor thin. Yet I thought the risk reward trade off made sense. If I did not move out of Russia when I did, I probably would never have immigrated. And my career and life most likely not have progressed as fast and as far as it did.

You have to know when it is worth risking it all. Is the prize worth what you could potentially lose? Are you willing to lose what you have to maybe get 10% of what is possible?

Insight number 2 – Do what you think is right, even if it is different from what everyone else is doing

Larry Page does not consume alcohol. Did you know that? Larry explained to Charlie, Google’s chef, “My mind is money…”, then he pointed to the bottle and said “…and that kills the brain”.

Another example is the different manner in which Google went public. Larry and Sergey sold stock directly to the public through a Dutch auction, in which the price of shares is lowered until all allocated shares are sold. The traditional way was for banks to price shares artificially low so that the price would go up during the first day of trading. This allowed banks to make a fortune on shares they owned.

The bankers were furious and constantly bashed Google stock, but Google went ahead with Dutch auction anyway.

These stories from the book have stayed in my mind because I have seen so many people do whatever the group expects of them, even at a great expense to themselves.

As an example, during my MBA it was socially frowned upon to contribute during case lectures. Many students thought it was not cool to contribute. Therefore, many otherwise highly intelligent students would receive poor final grades due to their low, or non-existent, in class contribution just so that they would fit in.

They were trading grades and relationships with professors simply to fit in socially. Some of those same students later would complain about not being able to get highly coveted consulting and banking roles. This was probably at least partially the result of poor grades. And they would have to live with their grades for the rest of their lives, which may further limit their career growth.

Was it worth it?

Don’t be evil is a motto at Google. You have probably heard it. It is quite well known.

Paul Bucheit coined this phrase in 2000 at a “core values” meeting to come up with the way Googlers should act towards one another. Therefore, this was initially an internal phrase at Google.

Later, employee 59 popularized it with a wider audience by including it as one of the principles that made Google unique in his list of “10 things we have found to be true”. Item number 7 was “you can make money without doing evil”.

“Don’t be evil…”, as Paul explained, “…is about not taking advantage of people or deceiving them. Anything deceptive is evil.”

This type of mindset generates significant goodwill with users. So not being evil is actually a sound business practice that helps a company to succeed in the long-term, even if it means sacrificing something in the short-term.

This motto meant Google wanted to be a “force for good”. It would not waste people’s time and it would not sell them useless products. It would also not manipulate people with marketing stunts. Preying on people’s stupidity, Larry declared, was evil.

“Don’t be evil” motto, in my opinion, makes sense for any company and any individual if the goal is to have a sustainable long-term success.

Trust is a valuable currency. It takes years to build, but once you have it, the cost of doing business goes down since you need to spend less time proving yourself. Yet, it is destroyed in seconds. Think of trust as a competitive weapon in your career.

You owe it to yourself and to the world to realize your potential, to do the work you were born to do and live the life you were meant to live. Believe you are entitled to have a career and life you deserve, no matter what.

CHALLENGE OF THE DAY: Now lets make sure this video will help you. For the next week I challenge you to apply at least one of the insights we discussed in this episode. As you know, insight without action is of little help, so make sure you take action! And if you have any thoughts or insights on this topic, please share in the comments.

Thank you so much for checking out this post and video. Let us know if you have questions or topics you would like us to address in future episodes of FirmsconsutlingTV. We will try to address as many of requests from Firmsconsulting community as possible, starting with most common questions and areas of interest.