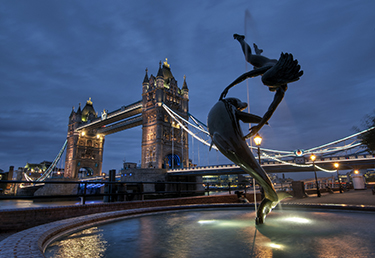 This series of articles are designed to fix a common problem when applying the lessons of partners from the elite firms. Telling you how I did things within the elite firm is not particularly helpful since most readers work in boutique consulting firms, smaller firms or corporates, and face a dramatically different environment where the best practices within BCG and McKinsey cannot be directly applied unless you make significant modifications.

These articles will show you how to apply lessons from the elite consulting firms in your own work environment.

An ability to instill best practices and achieve extraordinary results outside of the elite firm environment is the true test of whether the consulting partner was really any good or merely coasting on said firm’s superior systems and processes.

For confidentiality reasons, we have modified some of the details in these articles.

I have always had a set routine for international consulting trips. My objective was to carve out a block of time in the week and spend a minimum of 3 consecutive days in any one city. If the trip was fewer than 3 days, I found the international flight time, connecting flights, delays in the airport and jet lag essentially eliminated 40% of productive travel time.

It is, therefore, to me, worthless to travel for shorter periods since I tended to operate as a zombie and no client appreciates that.

Come to think of it, no engagement team appreciates a grouchy partner either.

I always planned to arrive between 11am and 3pm the day before my first meeting, the earlier the better, and preferably that meant arriving on a Sunday. This resulted in leaving on a Saturday for long haul flights. Those tended to be the norm for me. I have come to know the Emirates inflight menu quite well over those years. It remains the only airline in the world that gets the vegetarian menu right every time. (Disclaimer: Emirates Airlines was a former strategy client I served.)

Upon checking in at the hotel it took me approximately an hour to unpack, about another hour to set up all the electronics and find power adaptors, and probably another hour to arrange room service, dry cleaning and the like. The setting up part determined if the week would work or not.

If you mess up the set-up, you could very well find yourself in trouble. For example, you may realize you have no pressed clothing just when you need it the most, and that is not amusing when you have critical meetings to attend and no time to think about clothing.

The routine that first night in the hotel was also pre-set.

– No alcohol at dinner.

– Plan the day ahead for about an hour.

I am also an insomniac so the 10pm target is, at best, aspirational. At this stage of my life I had taken to having NyQuil pills when I could not sleep. I have since stopped this horrendous practice. Never ever take sleeping pills. It clouds your head the next morning.

Something a management consultant cannot afford. Always stick to melatonin.

Flying into London added its own quirks. London is a beautiful city, yet the people seem somewhat sadder and the weather feels angry. I arrived in London on 10th of November for this particular meeting. The weather was a mix of cool wind and bursts of cold gusts. It is for what London was famous: unpredictable weather.

I was staying at a typically cramped and congested London’s boutique hotel. This was allegedly a 4/5-star location but you would never be able to guess this from the damp fish, unseasoned chips and overcooked peas. This was not your typical London pub fair.

What is striking about London is the truly cosmopolitan nature of the city. Toronto and New York all claim to be melting pots, but although both those cities have numerous nationalities, all those nationalities seem to have blended into the local culture.

In London you will find Slovaks, Poles, Romanians etc., all working in the hospitality sector and all are recent arrivals. Moreover, the core City of London itself hires this diverse group.

In New York and Toronto, the great hotels in the toniest regions tend to hire locals for key roles or children of immigrants, who are by definition locals. This makes London a truly unique city. It is cosmopolitan in the most sincere definition of the word.

While London is one of the great cities of the world, along with cities like New York, Beijing and Moscow, this was not a pleasant trip by any measure.

I was arriving in the city as the newly appointed managing partner of a boutique consulting firm that primarily served clients in Latin America, Central Asia and Eastern Europe. The firm specialized in resources strategy and operations work, and had recently taken an investment from an industrial behemoth which gave said behemoth majority control of the firm.

You need to imagine a giant parent company with thick tentacles all over the world sucking up minerals from the dark recesses of the earth.

I was an external person headhunted to lead and revitalize the moribund boutique consulting firm.

Apparently, the existing senior consulting partners resented having an external person appointed over any of them. This was to be my first meeting of the senior partners, from New York and Moscow, and I had never met any of them before.

The quick path to my appointment involved a series of secretive whirlwind meetings. Only the board and executive committee of the industrial behemoth were included in those meetings. I met many pleasant executives with hard hats who kept ingots of gold, copper and nickel in their offices as reminders of some big hole they had dug in the ground somewhere.

The entire set of discussions happened in about 2 months over summer. It required a lot of clandestine meetings on short notice and the horror of having to fly KLM for most of the meetings. I was scarred for life from the food and lack of service. This should have been the first warning sign of the ominous things to come.

It is hard to say why I was actually hired. I was younger than the current partners at the boutique consulting firm. I had been a partner at an elite consulting firm. I was a specialist in the sectors the parent company wanted to expand into. It would seem I had some fresh ideas, energy and got along well with enough of the board members.

Yet, I had also never actually led a firm. I had led a practice within a firm and that is very different.

It all began with a headhunter sending me an email. I sent an email back saying I specialized in resources and would like to remain in that sector so it is unlikely this will work. He wrote back “Bingo.”

This led to a series of interviews. First with the board of directors and eventually meetings with the executive committee of the parent company.

At the time, the management consulting practice within the behemoth generated less than 1% of revenues. I am being quite generous with this estimate. Their revenue was down from a healthy peak just a few years ago.

The board was not at all interested in revenue from the consulting unit. And they would have to have been a fairly dumb board to be worried about teensy weensy consulting revenue when their core business was hunting for tiny pieces of rock miles under the earth or ocean.

With China consuming commodities like a person with stoppage issues at a MacDonald’s, the parent company did not need the revenue from the consulting unit and did not want to beef up consulting revenue. They did not see the boutique consulting firm as a direct profit center.

Heck, they probably only thought about the boutique consulting firm they owned once every year when an executive trying to cut costs would ask, “Why do we have this line item?”.

The board wanted consulting to operate as a sophisticated intelligence and influence unit. The idea was to see what was happening before it happened and ensure the parent company’s far flung divisions were in a position to act on those opportunities.

The board was not interested in further building up the boutique consulting firm with the explicit objective of serving external clients. Instead they wanted a consulting unit whose only direct or indirect client was the parent company.

My interview with the influential board member heading up the coal division went something like this:

Peter: Why do you want to leave the partnership at such a great firm to run our tiny boutique consulting firm?

Michael: Well, I don’t really want to leave since you called me. However, I do not see the consulting unit as a typical boutique consulting firm.

Peter: Good point! What do you see it as?

Michael: I do not believe a boutique consulting firm serving external clients can exist within another company due to conflicts of interest. The goals are not aligned and not sustainable. So, I think the role of the consulting unit is to serve as an advance team to see what is happening around the world.

Michael: Exactly! Consulting within this company can have the same tools as a mini-BCG but it cannot have the same objectives. We need to focus on understanding what is happening and our main client should be the parent company.

Peter: I am not sure we like cost centers here.

Michael: This is not a cost center because we need to change the way performance is measured for the consulting unit. Yes, the team may do paid work for other companies, but our overall objective should be understanding the economics and changes in the sector.

Our job is to then feed intelligence to the operating units so that they are in a position to capitalize on that. We need to be measured on the value we bring to the parent company, not sales revenue the consulting unit generates from consulting clients.

Peter: That is not the way consulting now works.

Michael: That is true and that is the problem I see. Every time you hire an ex-McKinsey or BCG person they do one of two things, because they know how to do only two things.

They either start a small internal strategy group which pushes reports that are of little value or they try to build up a boutique consulting firm to sell work to external clients. No one respects internal strategy units so the former adds little value and the latter fails since it is neither competitive nor sustainable.

There is a third option that involves using the consulting tools to help the parent company be better at its role, versus pushing reports. If someone wants to work for BCG or McKinsey, they should go to or stay at BCG or McKinsey. I think it is wrong for your shareholders to pay for their fantasies.

Peter: You know what Michael? We will get along just fine.

The coal business unit president became my biggest champion, and I did need champions since I was proposing to dismantle the boutique consulting firm in its original form.

QUESTION(S) OF THE DAY: Certain best-practices within McKinsey and BCG only work because of the unique attributes and brand-power of those firms. What things have you tried, from McKinsey and BCG, that have produced weaker than expected results? Please share in the comments.

Image from Jon Herbert under cc.